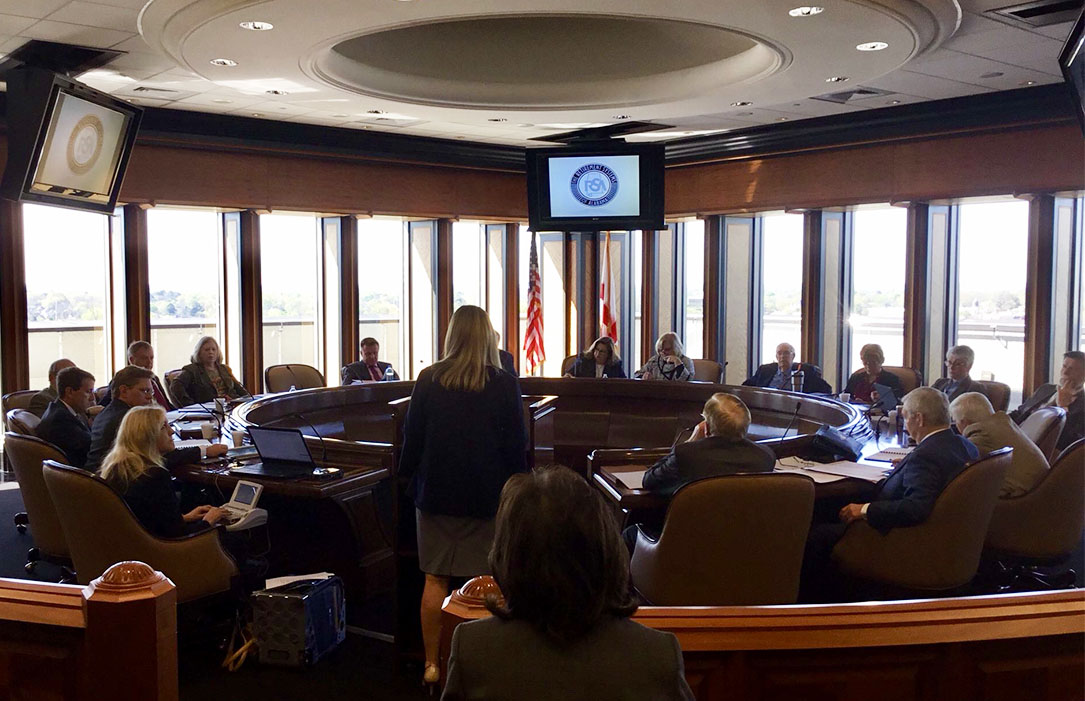 PHOTO: TRS/PEEHIP Board members receiving a legislative update at the 3/12/19 meeting.

The TRS/PEEHIP Board of Control held its regularly-scheduled meeting on Tuesday, March 12, 2019 at the RSA building in Montgomery. While it wasn’t planned on the agenda, the Alabama Supreme Court’s March 8th ruling in favor of AEA was a major topic of discussion.

During her regular financial update presentation to the Board, Chief Financial Officer Diane Scott said the ruling will impact 156,000 people who will see a share of approximately $119 million being held in escrow. Scott said those premiums involved were from October 1, 2016 to April 30, 2018 which is a 19-month period.

Scott noted the complexities involved with administering the refunds. For example, since premiums are pre-tax for active employees, the refunds will likely need to be taxed when issued to those who were active. For retirees, that is not so much an issue.

Further complicating the calculations are that during the 19-month period, members’ employment status within PEEHIP could have changed. Members could have been active for some months, retired for some, and reinstated as active in others. One major complexity is that 4,600 of the 156,000 people impacted have since passed away.

“There are lots and lots of questions that have to be answered and thought very carefully through because if we’re going to refund this money, we want it to get to the person and want it to be the right amount,” said Scott. “We don’t want any tax burden on them that should not be a tax burden… It is extremely complex, and there are lots of different moving parts.”

When asked by board member Russell Twilley, who represents support staff, if there will be any administrative cost to PEEHIP involved with administering the refunds, Scott replied that would be done with in-house PEEHIP staff.

“We’ll move forward with what the legal system has decided on the court ruling,” said Board Chairman Luke Hallmark, who represents school superintendents.

“This was a very difficult period for this board, and the staff,” said board member and longtime AEA leader, Joe Ward. He represents retirees. “I was one, sort of plaintiff, on both sides of the issue and I admit that I took a deposition for AEA… My position now is, we ought to as a board and as a staff, put this behind us. We ought to join hands, move forward, and make sure we continue to have the best PEEHIP and retirement program in the United States – and work together.”

“I thank Mr. Ward for his comments and I echo those comments,” said Donald Yancey, the Deputy Director over PEEHIP. “As soon as possible, from the staff’s perspective, we would like to put this behind us and move on… I think we will be reaching out to AEA, the other party in the lawsuit, and trying to reach a similar position where we can work together going forward for the benefit of all our members, who are basically the same people.”

Yancey said they are trying to determine the best way for all parties involved to provide the refunds. “We will get the refunds done as quickly as possible, once we are certain that we have an accurate calculation of the amounts, and how to treat the taxes, and those issues – to make the fewest problems and get the maximum refunds to the individuals involved,” said Yancey.

AEA will continue to provide up-to-date information to our members on this hard-fought victory for Alabama's education workforce. Anyone who is not currently a member can join by visiting myAEA.org/Join today.

CLICK THE PHOTO BELOW TO GO TO THE RULING INFORMATION PAGE 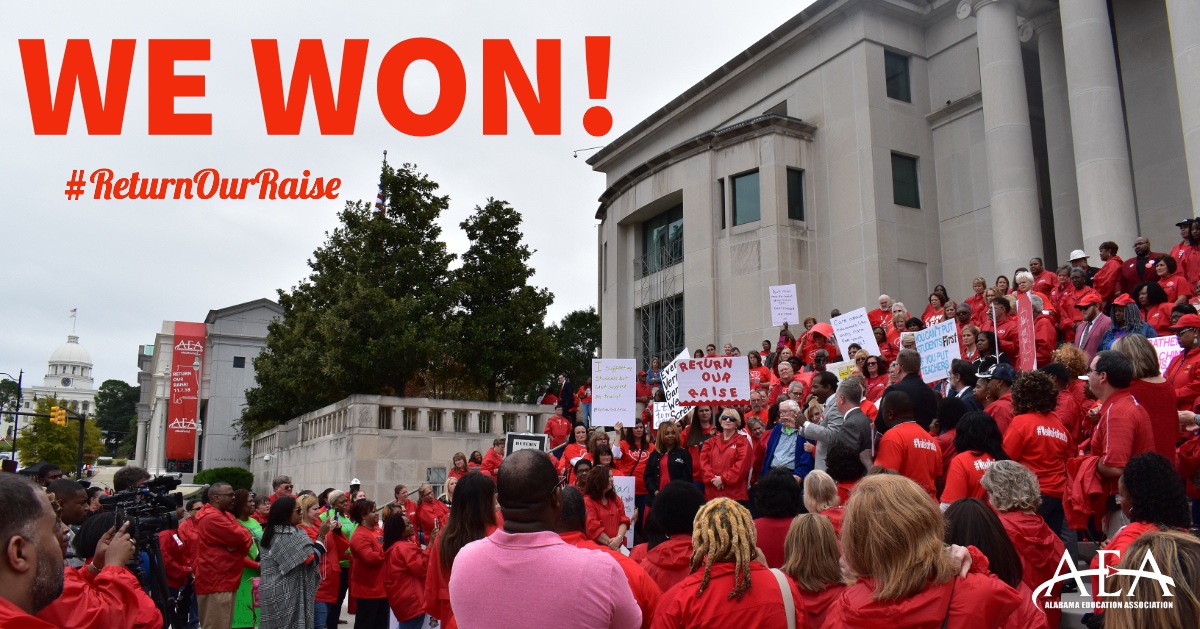